Now the more eagle eyed among you may think that the new Cisco UCS S3260 Storage Server looks very much like the Cisco UCS C3260 Rack server (Colusa), well you wouldn’t be too far off, however the S3260 has been well and truly “Pimped” to address the changing needs of a modern storage solution, particularly an extremely cost effective building block in a Hybrid Cloud environment.

The C-3160/C-3260 was particularly suited to large cost effective cooler storage solutions, that is to say the retention of less / inactive data on a long-term or indefinite basis at low cost, use cases being, archive or video surveillance etc.. The fact is data is getting bigger and warmer all time time and it shows no signs of slowing down anytime soon. And even on these traditional colder storage solutions the requirement for real time analytics on this data is requiring an ever increasing amount of compute coupled with this storage.

So Cisco have created this next generation of Storage Server to meet these evolving needs.

If there is a single word to describe the new Cisco UCS S-Series it is “Flexibility” as it can be configured for:

Any Performance, Right sized to any workload
Any Capacity, Scale to Petabytes in minutes
Any Storage: Disk, SSD or NVMe
Any Connectivity. Unified I/O and Native Fiber Channel 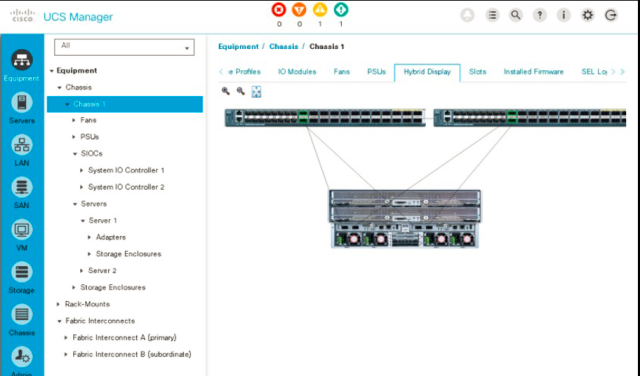 Since UCS Manager 3.1  (Grenada) all Cisco UCS products are supported under a single code release, including the S-Series storage servers (UCSM 3.1.2)

As we know different components generally have different development cycles, the S-Series storage servers  are built with a modular architecture to allow components be upgraded independently, for example, as and when the 100Gbps I/O module is released it’s a simple I/O module replacement, similarly when the Intel Skylake Purley platform (E2600 v5) is available it’s just a server module upgrade.

In order to allow for the maximum amount of flexibility with regards to connectivity or acceleration Cisco have the option of an I/O expansion module to allow additional Ethernet or Fiber Channel (Target and Initiator) connectivity options.

Flash Memory from Fusion I/O or SanDisk are also supported.

The figure below shows the various configuration options depending on how you wish to optimize the server.

Where does Cisco UCS S-Series fit?

Cisco are positioning the S-Series as a pure infrastructure play, they are not bundling any Software Defined Storage (SDS) software on it, as that space if filled with the Cisco HyperFlex Solution, but perhaps the S-Series could be an option for a huge storage optimized HyperFlex node in the future.

That does not of course preclude you from running your own SDS software on the s3260, like VMware VSAN for example.

And for clients that want that off the shelf pre-engineered solution then solutions like vBlock/VxBlock  or FlexPod are still there to fill that need.

One thing’s for sure still lots of innovation planned in this space, in the words of Captain Jean-Luc Picard ” Plenty of letters left in the alphabet”

Principal Consultant and Data Center Subject Matter Expert. I do not work or speak for Cisco or any other vendor.
View all posts by ucsguru →
This entry was posted in Product Updates and tagged 3160, 3260, Analytics, Cisco, cloud, hybrid, Intel, purley, real, s-series, s3260, sds, skylake, splunk, Storage, time, UCS. Bookmark the permalink.